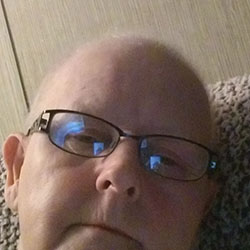 For about two years I was having these symptoms: pelvic/abdominal pain, bloating, very fatigued, low back pain, feeling full quickly and indigestion.  I did not know at the time that these were ovarian cancer symptoms.  I went to my gynecologist, he did so many different tests on me, but no CA-125 nor a C.T. scan.  After two years he said he believed it was my bladder, so I went to a urologist.  My bladder was fine, he did a CT Scan, Boom, Stage 3C ovarian cancer that had spread. In 4/2012 I went to Gyno/oncologist in B-Ham and I have done every kind of chemo, trials, in a trial now. 8 long years but Never Ever Give Up!! Fight like a Girl!!!