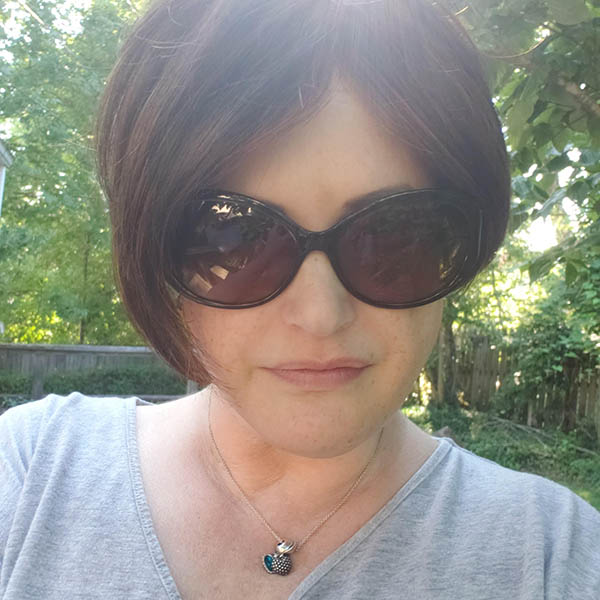 My story began when I was 15. I went to the doctor with a fever and they found my blood pressure was three digits over three digits. After rechecking several times, it was obvious something was wrong.

I ended up at Vanderbilt. I had tumors in and around my adrenal glands, called pheochromocytoma. After a bilateral adrenalectomy, I was sent home and would take steroid replacement the rest of my life.

In 2009, on a routine CT to check for recurrence of pheochromocytoma, tumors were found in my pancreas. Biopsy revealed a neuroendocrine tumor in the head of the pancreas and wrapped around the portal vein, making it inoperable. A treatment for these tumors is octreotide, a hormone suppressant.

My tumor was producing massive amounts of serotonin and gastrin, causing havoc in my digestive system. Octreotide would calm them down for a while. Genetic tests revealed Von Hippel Lindau syndrome, which had also caused the adrenal tumors years before.

In 2011, our son became sick. At 9 he was diagnosed with dilated cardiomyopathy. While searching for the cause, a clot was found in his heart. Days after he was rushed to Vanderbilt Children’s, he suffered a massive embolic stroke which paralyzed his left side. That day, they had discovered tumors on his adrenal glands. He also had pheochromocytoma, and it had punished his heart with too much adrenaline for a long time before found. We would stay nearly 5 months at Vanderbilt while he healed enough to have a surgery and began to recover. He walked out of the hospital, having learned how to walk again in his time there.

While there, my care was transferred to Vanderbilt oncology where I met a surgeon who could treat my tumors. In 2012, we would return for my Whipple surgery. Since that time, I have battled complications: recurrent liver abscesses (numerous surgeries and drains), a hepatic artery rupture, a fistula requiring a colon resection. I changed to a newer medicine called lanreotide.

In 2015, metastatic liver tumors were found. I have recently begun PRRT or Lutethera radiation treatments, which have shown great promise. I am taking it a day at a time. I have a supportive family and faith in God’s healing power. Some days are good. Some are awful. But I am a survivor.