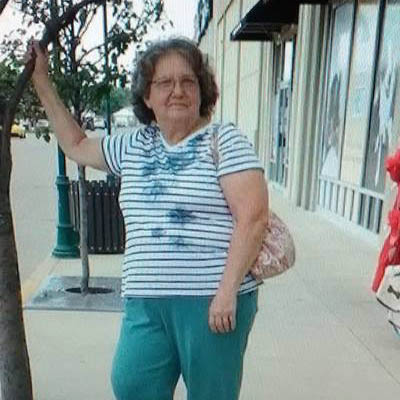 This is my grandma, Martha. This is a story of her journey with Uterine Leiomyosarcoma; and is in very loving memory of her.

She was diagnosed with Uterine Sarcoma in September of 2018 and went to Heaven April 28th of 2019. She faced many challenges during this time. She spent over a month in The James Cancer Center where she underwent 3 surgeries and 3 weeks in a nursing home after being released from the hospital for rehab.

She had no symptoms up until her diagnosis. After they took a biopsy, they soon realized it was Uterine Leiomyosarcoma and she was already stage 4. Her cancer was rare and she was among only 3% of women in the world with this kind of Sarcoma. She spent days in the ICU due to the trauma from her surgeries and weeks on the heart floor where she battled Afib and kidney failure due to what her body had went thru. She was 71 and made it thru all of that! Doctors did not think she would recover but she did.

After facing all of these battles and completing rehab at the nursing home, she was released and lived a great 7 1/2 months after her diagnosis. She was able to come home and enjoy more time with her husband, daughter, grandkids, all of her family and especially her great grandson who she adored. She made the decision to not take chemo because her cancer was terminal and would only be prolonged. She had a great faith in God and the plan he had for her life. Although some believe the time was short for her, she was able to live it with complete joy and with nothing but love and compassion in her heart for everyone. She believed that cancer was not the ending for her, but just the beginning. She would and did encourage anyone battling cancer, do not give up and do not let go of the hand of Jesus. Faith moves mountains! He pulled her thru every obstacle that doctors said she would not recover from and she was given 6 months to live and lived 7 1/2 joyous months and left this world with her unfailing faith and surrounded by all of her family. Sharing her story may just be part of the bigger plan!

2 Timothy 4:7 ~I have fought the good fight, I have finished the race, I have kept the faith